The agency said doctors performed the test this afternoon. She has “mild symptoms but doing well,” the statement said.

Secretary Scalia, the son of late Supreme Court Justice Antonin Scalia, tested negative on Friday night, according to the department. He has experienced no symptoms.

“The Secretary and Mrs. Scalia will follow the advice of health professionals for Trish’s recovery and the health of those around them. For the time being, the Secretary will work from home while continuing to carry out the mission of the Department and the President’s agenda,” the agency said in the statement.

Every May, the five big television networks — ABC, CBS, NBC, Fox and The CW — host what can only be described as spectacles.

There are celebrities and red carpets and glamorous parties and presentations hosted by the networks’ affable late-night hosts held at iconic New York theaters such as Carnegie Hall and Rockefeller Center. But no part of these dog-and-pony shows are intended for television audiences. They are the “Upfronts”—annual presentations networks make to ad buyers and the media introducing them to their fall television schedules in a bid for dollars and attention.

Thanks to COVID-19, this year’s Upfronts looked considerably different than in years past. Most notably, the parties and red carpets and celebrity panels were canceled in favor of remote presentations and quieter virtual “town halls” with ad buyers.

These kids weren’t working for the task force. They were the task force. “In the entire time I was a volunteer,” says Kennedy, “our team did not purchase a single mask.”

“Totally Under Control” comes to us from the tireless documentarian Alex Gibney (“Enron: The Smartest Guys in the Room,” the Oscar-winning “Taxi to the Dark Side”), here collaborating with Ophelia Harutyunyan and Suzanne Hillinger. Originally scheduled for release in early November, the movie was bumped up to Oct. 13 following the news of President Trump’s COVID-19 infection. You can watch it on demand or via a virtual screening at the Coolidge Corner Theatre, which will be hosting a filmmaker Q&A on Oct. 14.

The movie is enraging, necessary, and above all, useful. The year of our dark lord 2020 has brought so many daily outrages that it has become easy to lose sight of the big picture;

US President Donald Trump on Saturday said he was “feeling great” as he made his first public appearance since returning to the White House after being treated for the coronavirus. (Oct. 10)

WASHINGTON – President Donald Trump claimed Sunday he no longer has COVID-19 even though the White House refuses to say whether he has tested negative for the disease.

Just hours after his physician issued a memo saying he is no longer “a transmission risk” to others, Trump said in an interview on Fox News that he no longer has the disease and suggested he is now immune to the coronavirus.

Trump did not say in the interview whether he has tested negative for COVID-19. The memo issued late Saturday by his physician, Dr. Sean Conley, didn’t address that issue either.

Donald Trump has delivered a speech in front of cheering supporters at the White House in his first public appearance since being hospitalised.

The event was officially a “peaceful protest”, but looked, critics said, much like a Trump campaign rally.

The president, who says he is no longer taking medicines against Covid-19, told the crowd he was “feeling great”.

The White House has not provided an update on the president’s health since Thursday.

It is unclear whether the president remains contagious following his three-day hospital stay with Covid-19.

Joe Biden’s campaign said the Democratic candidate had tested negative for the coronavirus on Saturday, ahead of a planned campaign trip to Pennsylvania.

© J. Scott Applewhite/AP
President Donald Trump arrives back at the White House aboard Marine One after being treated for COVID-19 at Walter Reed National Military Medical Center, in Washington, Monday, Oct. 5, 2020.


White House officials, showing some confidence because those same polls showed Trump behind Hillary Rodham Clinton in 2016, got a bit of a boost from Vice President Mike Pence’s debate win over challenger Sen. Kamala Harris and the president’s quick recovery from COVID-19.

Just like the country, our graders remain far apart. Conservative analyst Jed Babbin graded the week a “B,” citing the president’s recovery, while Democratic pollster John Zogby gave another “F,” noting the president’s call for the nation to move past the virus.

President Trump received mostly the same treatment as anyone would get for COVID-19, except for one experimental drug and the speed of his care.

Anthony Fauci, director of the National Institute of Allergy and Infectious Diseases, said Friday that the White House held a “superspreader event,” apparently referring to the Rose Garden ceremony where President Donald Trump announced the nomination of Judge Amy Coney Barrett to the Supreme Court and where multiple attendees later tested positive for the coronavirus.

Fauci made the remark after being asked in a CBS News Radio interview what the recent coronavirus outbreak at the White House said about the importance of wearing masks to prevent the spread of COVID-19.

“I think the data speak for themselves,” Fauci said. “We had a superspreader event in the White House, and it was in a situation where people were crowded together, were not wearing masks.”

By Andy Dolan for the Daily Mail

It is the time of year when those with green fingers think about mulching their shrubs before temperatures plummet and the first frosts arrive.

But lockdown supply chain problems and increased demand have resulted in a shortage of organic mulch products and bark chippings, garden centres have said.

Mulch should be applied in the spaces between plants and around the base of shrubs and trees to strengthen the soil and protect the roots. 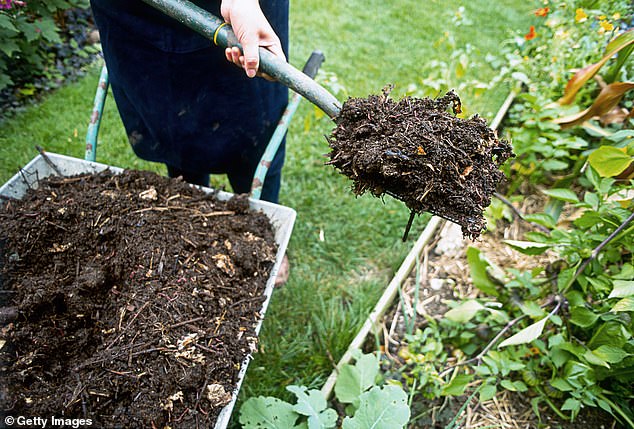 It is the time

GREENWICH — With a crowded slate of six candidates — who all practiced social distancing — the three races for the state House of Representatives in Greenwich were all combined into one debate Thursday night.

The League of Women Voters of Greenwich hosted the debate at Town Hall and streamed it via Zoom.

Under the format, the six candidates were part of the same debate. Issues like the economy, transportation and recovery from the COVID-19 pandemic dominated as they were asked the same questions.

Top US virus expert Dr Anthony Fauci, a member of the Covid task force, said it was clear there was a “superspreader event” at the White House.

When asked on CBS News radio about the White House outbreak, Dr Fauci said “the data speak for themselves”.

The comments come as President Donald Trump says he has recovered and is keen to get back on the campaign trail with less than a month to the election.

CBS News Radio White House Correspondent Steven Portnoy on Friday asked what Dr Fauci, a veteran health official, thought of the White House’s reluctance to insist on mask-wearing and social distancing as virus precautions, and instead rely on regular testing.

“The data speak for themselves – we had a superspreader event in the White House, and it was in